Fred had been building houses for nearly 45 years. He was ready to retire.

Bill was Fred’s boss at work. Fred told Bill of his plan to leave the house building business and to live a more leisurely life with his wife enjoying his time with their extended family.

Fred had it all planned out. Of course, he would miss the money from his wage packet, but they could get by and he felt like the time was right to retire.

Bill was sorry to hear that one of his best workers wanted to retire but in the end, he understood his reasons.

Before Fred retired Bill asked him for a favour. Bill requested that Fred build just one more house.

Fred reluctantly agreed – it was clear he was a little unhappy about the final job. His heart and head were not really in his work.

From the very start, Fred paid little attention to the quality of his work. He took shortcuts and used inferior materials. For a master craftsman like him, it was an unfortunate way to end his career, but that was his decision.

When Fred finished his work Bill came to inspect the house.

Bill looked Fred in the eye and asked him if he was satisfied with the work he had done.

Fred found it difficult to answer Bill’s question and eventually muttered a strangled, “yes.” He was desperate to be done with it all.

Bill nodded. He then handed the front-door key to Fred. “This is your house now Fred,” Bill said, “it’s my gift to you for all the years we worked together.”

And so the Freds’ reward was as good as the work he had done.

It’s important that you always give your best. In the end, this determines your value.

When the opportunity arises make sure you give it all you’ve got. 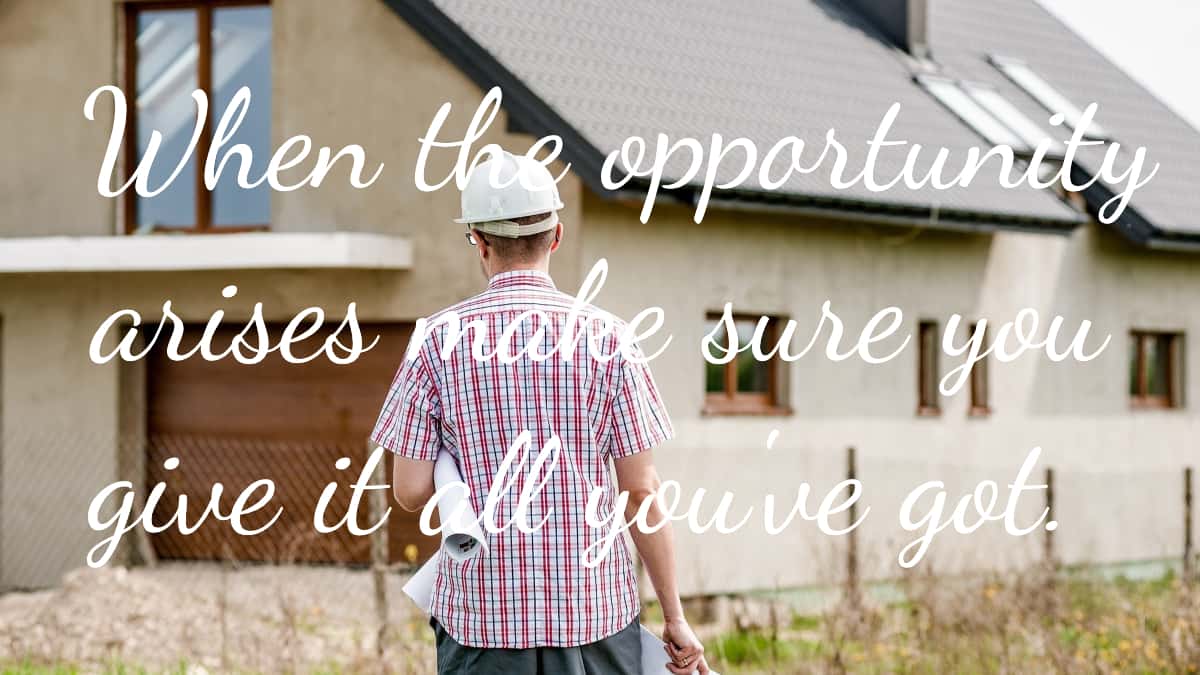