Here’s a story attributed to Michael Hyatt but I have seen several versions of it elsewhere.

A marine biologist once placed a Barracuda into a small tank and then added some small bait fish.

As you would expect, the Barracuda quickly attacked and ate the smaller fish.

Then the researcher inserted a piece of perspex glass into the tank, creating two separate sections. He put the Barracuda on one side and new bait fish into the other.

The Barracuda immediately swam to attack and eat the bait fish.

This time, however, he hit the perspex glass and bounced off.

Undaunted, the Barracuda kept repeating this behaviour every few minutes.

Meanwhile, the bait fish swam unharmed in the second section until eventually, the Barracuda gave up.

The biologist repeated this experiment several times over the next few days.

Each time, the Barracuda got less aggressive, until eventually, he got tired of hitting the perspex glass and hurting his snout. He stopped attacking altogether.

Then the researcher removed the perspex glass.

The Barracuda, now trained to believe a barrier existed between him and the bait fish, didn’t attack. The bait fish swam wherever they wished, free from harm.

After experiencing setbacks and failures, many of us have a tendency to emotionally give up and stop trying. Like the Barracuda in the story, we believe that because we were unsuccessful in the past, we will always be unsuccessful.

In other words, we continue to see a barrier in our heads, even when no ‘real’ barrier exists between where we are and where we want to go.

Here’s the thing – you have the power to create an empowering belief system and a new future. You do that by changing the way you think, the way you talk and the way you act.

Want to know more about changing a belief system that’s a barrier for you? The first step is to get in touch – just hit reply to this email and arrange a time to chat with me. 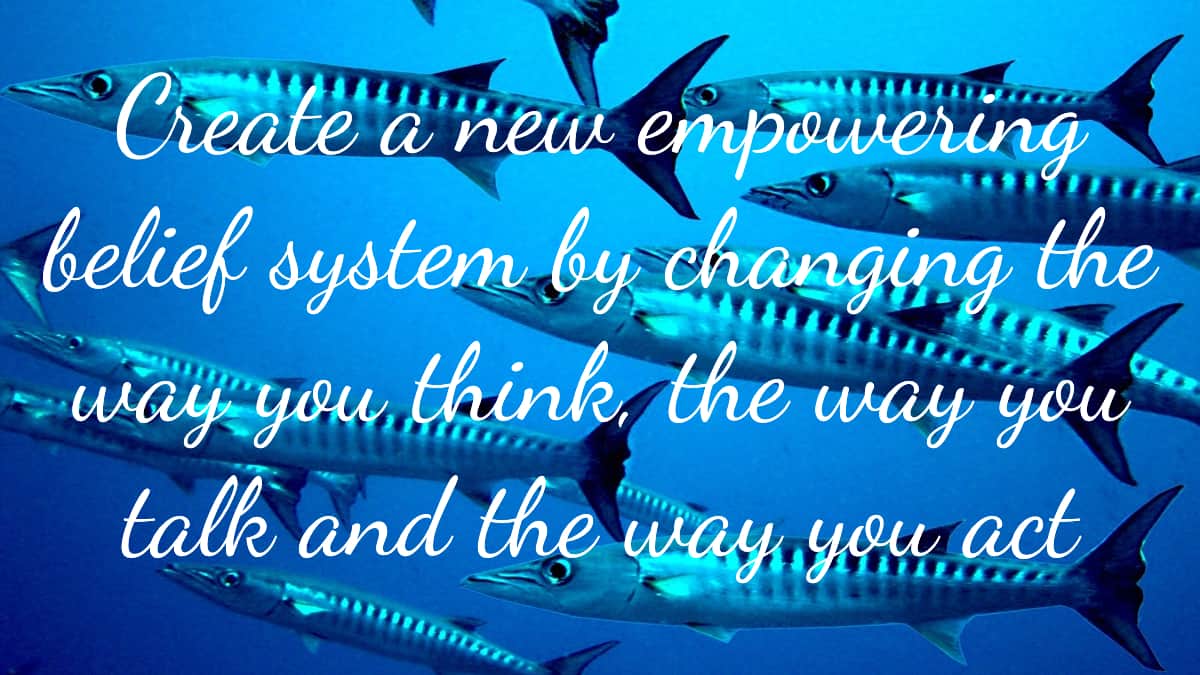