The Emperor of China received a gift of two magnificent golden eagles.

He gave them to a falconer to be trained into hunting birds.

The days and months passed until one morning the falconer informed the Emperor that one of the eagles was flying majestically, soaring high in the sky and able to hunt on command.

“That’s good news. What about the other bird?” asked the Emperor.

“Ah,” replied the Falconer. “The other bird has not moved from its branch since the day it arrived.”

The Emperor summoned his council of the wise. They agreed to commission experts to help. Healers, animal experts, and sorcerers from across the land came to tend to the eagle…

But no one could make it fly.

After trying everything he could, the Emperor thought to himself, “Perhaps I need someone who knows about the countryside to help me deal with this problem.”

So the Emperor told his servants, “Fetch me a farmer.”

The farmer arrived and was given his instructions.

The next day the Emperor looked out and saw the second eagle soaring high above the palace gardens.

He asked his court, “Bring me the man behind this miracle.”

The farmer was brought to the Emperor and was asked…

“How did you make the falcon fly?”

With his head bowed, the farmer said to the Emperor…

“It was very easy, your imperial majesty. I simply cut the branch where the bird was sitting.”

The moral of this story?

We are all made to fly but to realise YOUR incredible potential sometimes the branch needs to be cut. 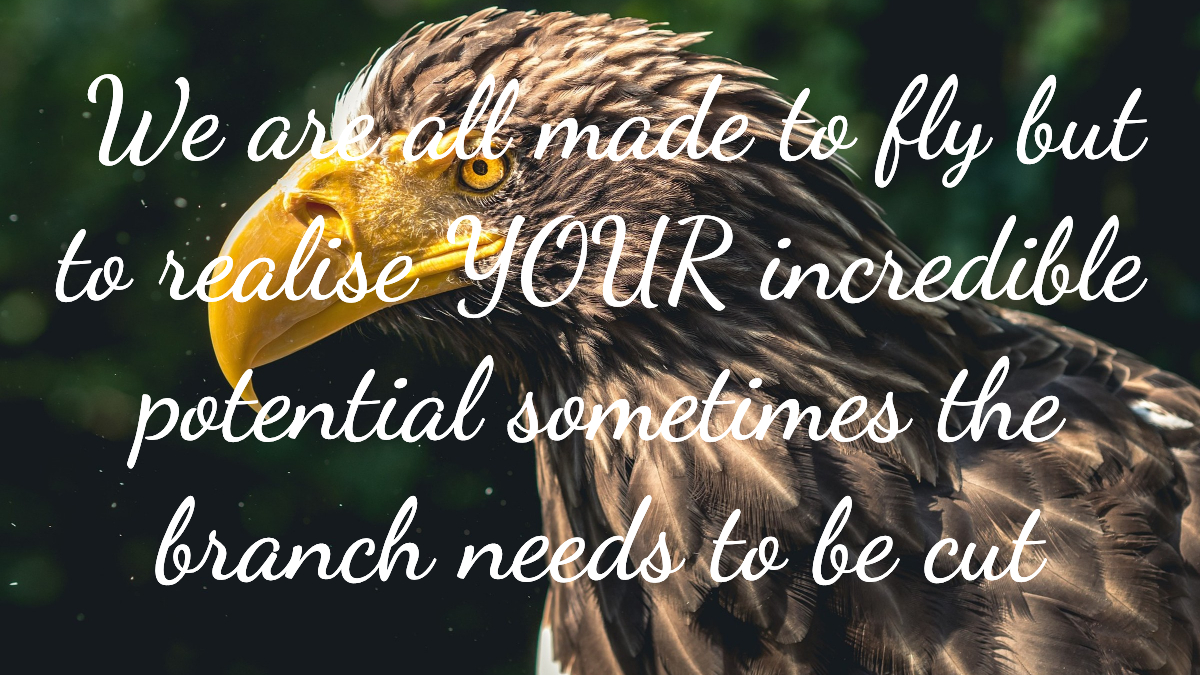