Billy and his wife, Mary, got into a silly argument over a trivial matter one evening.

Harsh and unnecessary words were exchanged by both of them and now there was a brooding silence between the couple.

Toward the end of the evening, Billy realised he was going on an important business trip the next day and would have to catch the early flight.

He was a heavy sleeper and he normally depended on Mary to wake him up.

Otherwise, there was a risk that he would sleep through the alarm and miss his flight.

Billy was in a predicament. He thought long and hard and decided he would ask Mary for help.

Because of the argument, Billy was reluctant to speak to Mary directly so he decided to write her a note instead.

He put the note on his wife’s pillow. She would see it there for sure.

Billy congratulated himself on a job well done and he went to bed in the spare room.

Morning came and Billy emerged from a deep sleep. Yawning and stretching he looked at his watch and was stunned to see that is was 7:30 AM!

Billy leaped out of bed but it was too late. He was certain to miss his flight. The planned business trip was now in ruins and the cost would be significant.

He was about to storm into Mary’s bedroom and confront her when he noticed a note on his pillow.

So what?
I guess the obvious learning from this story is that it’s OK to have differences, you just need to resolve them before bedtime!

And when you need something never let your sense of pride get in your way of asking for help the right way!

There’s also something about how you communicate. Very little of what we communicate is the result of the words that we say, or of the content of our communication.

More important is how we say it (e.g. tone of our voice, timbre, tempo, volume, pitch, and inflection) and the congruency of the accompanying body language (e.g. our body posture, breathing, skin colour, and movement).

Most of the time the words that we use matter little. It’s how we say those words and our body language that determine the impact and effectiveness of our communication.

Have you ever received a short email or text message and been upset or offended only to later find out that the message was not what you thought at all? And sometimes quite the opposite?

Be aware that the written word can be easily misinterpreted and misunderstood. This is why we have developed ’emoticons’ 🙂 to use in text messages and social media communications – to inject some emotion into the message!

Why is this important?
It’s vital that you know how to communicate effectively when selling, presenting, advertising or negotiating.

If you can communicate in the way that other people think and want to receive the information you will avoid situations where you say the same thing to different people and get different responses.

Get in touch (maybe write me a brief note?) if you want to be a better communicator. 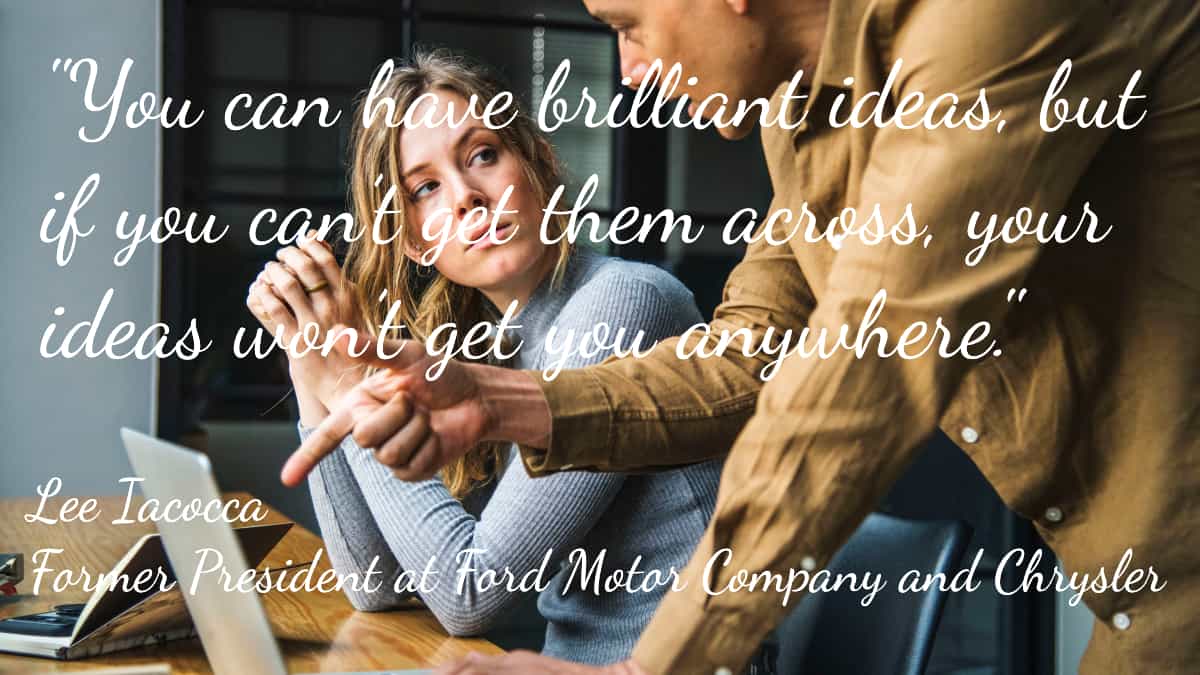