Bob arrived at the station hoping to catch the express train home.

It had been a long and busy week. He was tired and looking forward to going home to see his family.

He checked for the status of his train and was dismayed to find that it was delayed by an hour.

Disappointed, Bob bought a coffee and a packet of biscuits and sat down in the cafe to read his novel.

An old lady asked if she could join him and he was happy to oblige.

Bob noticed that the old lady reached out and took a biscuit from the packet between them. “Oh the nerve of the women’, Bob thought to himself. “She just helped herself to my biscuits.”

Bob peered over his novel at her and took a biscuit for himself. He couldn’t but help notice that the old lady was smiling sweetly at him.

With each cookie he took, she took one too. Eventually, there was only one was left in the packet.

“What will the old lady do now?” Bob thought to himself. “Surely, she’ll let me eat the last biscuit as they are mine,” he concluded.

To his amazement, the old lady gave a nervous chuckle and took the last cookie. She broke it in half and offered him his half. Bob ungraciously snatched it from her grasp.

“This old lady has some nerve, is quite rude and ungrateful!” Bob fumed.

The station announcer called his train. Bob packed up his things and walked towards the gate where his train was waiting to depart. He did not look back at the old lady in the cafe who he considered to be a thief!

Bob boarded the train and slumped into his seat still feeling slightly irritated. He reached into his bag to pull out his novel, which he had nearly finished. As his book came out of the bag a packet of biscuits fell to the ground. Then it dawned on him.

“Oh no,” Bob said to himself. “If my biscuits are here then the packet we were eating from in the cafe must have belonged to the old lady!”

The train started to pull out of the station. It was too late to apologise. It was not the old lady who was a thief. It was him! Bob felt the hot flush of embarrassment and shame on his cheeks.

One of the easiest traps to fall into is to judge situations without knowing the full picture. 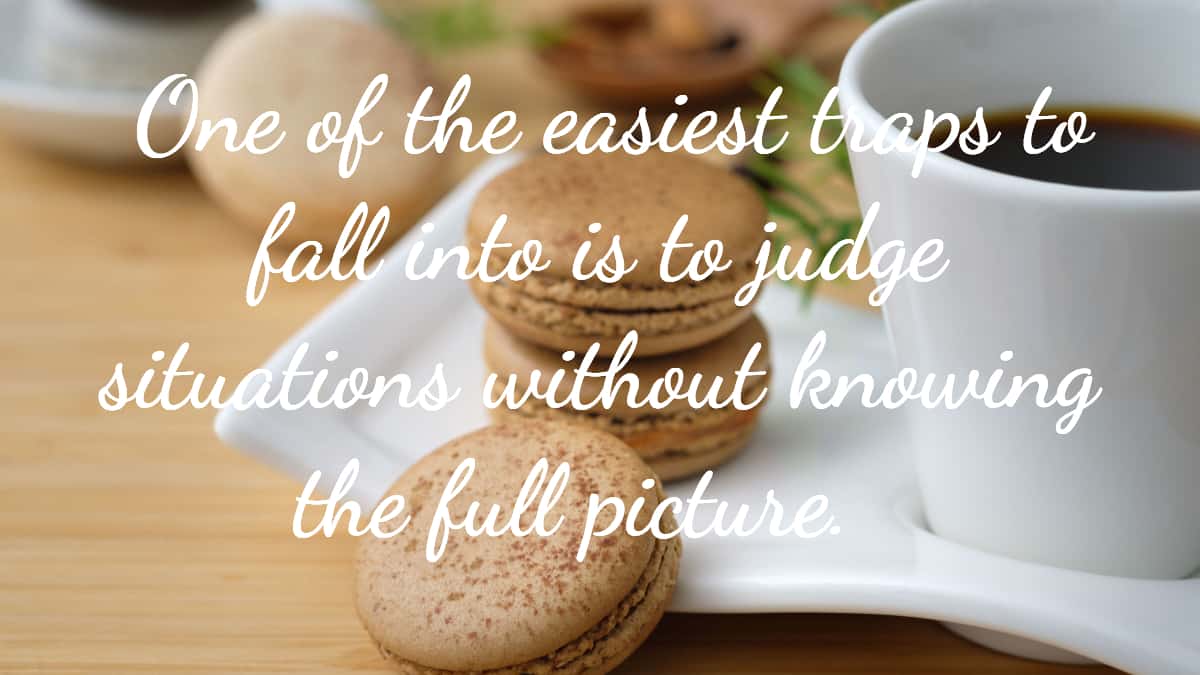