Neil Baldwin. What a man!

He was described as the best signing ever by a former manager of Stoke City Football Club. His 50 years of contribution to student welfare at Keele University is legendary and was rewarded with an honorary Master’s degree and a whole weekend of celebrations in 2013.

Neil has met all sorts of people in his time, including leading politicians, footballers, priests, and princes! He’s even had a TV play made about his life.

Now you’re probably building a picture in your mind about Neil Baldwin. And it’s likely to be very far from the truth.

You see, Neil has huge challenges in his life – he has significant learning difficulties and needed speech therapy as a child yet he still went on to be a success and accomplish more than most people.

What’s his secret? He believes strongly in a philosophy of life without barriers and limits. His teachers, social workers, and doctors assessed him from a perspective of what he could do. In contrast, Neil’s approach is one of, ‘What Neil wants to do, Neil does!’

This attitude has served him incredibly well throughout his life. In that time, he’s been a professional circus clown, the kit man for the football team he treasures dearly and created an unofficial role for himself at the local university.

Yes, he has had difficulties in his life. However, he possesses a fervent belief in the right to a good life, the optimism to create it, and a strong faith that he could achieve it.

His life is a testimony to the power of how focusing on your strengths and being positivity can support you through the tough times.

And the quote from Neil in the picture below sums it up neatly.

A lesson we could all benefit from learning.

Can you do this? I’m sure you can. 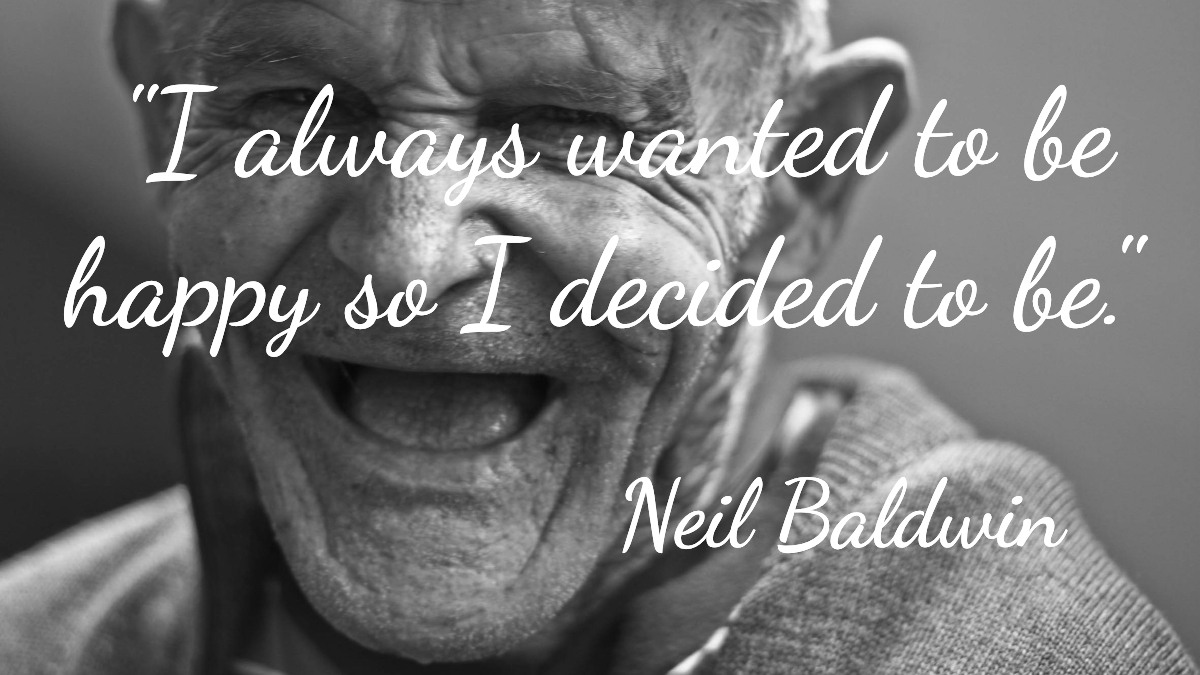