I love this fable from George Reavis, “The Animal School”,  originally written in 1940, when he was superintendent of the Cincinnati Public Schools.

Once upon a time the animals decided they must organise themselves to meet the problems of the new world. So they started a school.

They adopted an activity-based curriculum consisting of the essentials in life, namely running, climbing, swimming and flying. To make it easier to administer the curriculum, all of the animals took all of the subjects.

The rabbit started at the top of the class in running but he had a nervous breakdown brought on by the pressure of having to learn to swim and fly.

The squirrel was excellent in climbing class. She tried to teach the others but over-exerted herself and ended up with a C in climbing and a D in running, failing flying and swimming altogether.

The eagle was a problem pupil and was severely disciplined. In the climbing class she beat all of the others to the top of the tree but insisted on using her own way of getting there. The teacher was annoyed that she failed to follow the climbing instructions and her wings were clipped as a punishment. Now she couldn’t fly at all and was learning to run instead.

At the end of the year an abnormal eel that could swim exceedingly well and could also run and fly a little, had the highest average and was hailed ‘top of the class’. He died soon after as a result of an unfortunate climbing accident.

The dogs stayed out of school and fought the authorities because they wouldn’t add digging and retrieving to the curriculum.

Which animal were you at school?

Action point:
It’s all about strengths. What are your strengths? Are you using them at all at work? Does what you do make you feel refreshed and invigorated rather than exhausted and depressed? When you’re working do you regularly get into ‘flow’ so that time flies and you’re totally absorbed in whatever it is you’re doing?

What it boils down to is this – you’ve got a much better chance of succeeding and feeling fantastic if you’re doing stuff that plays to your strengths. Then work doesn’t feel like work – it’s fun and exciting.

Be honest now – is your work fun and exciting?

And why do we recruit people because of their strengths and then conduct appraisals to find their weaknesses? 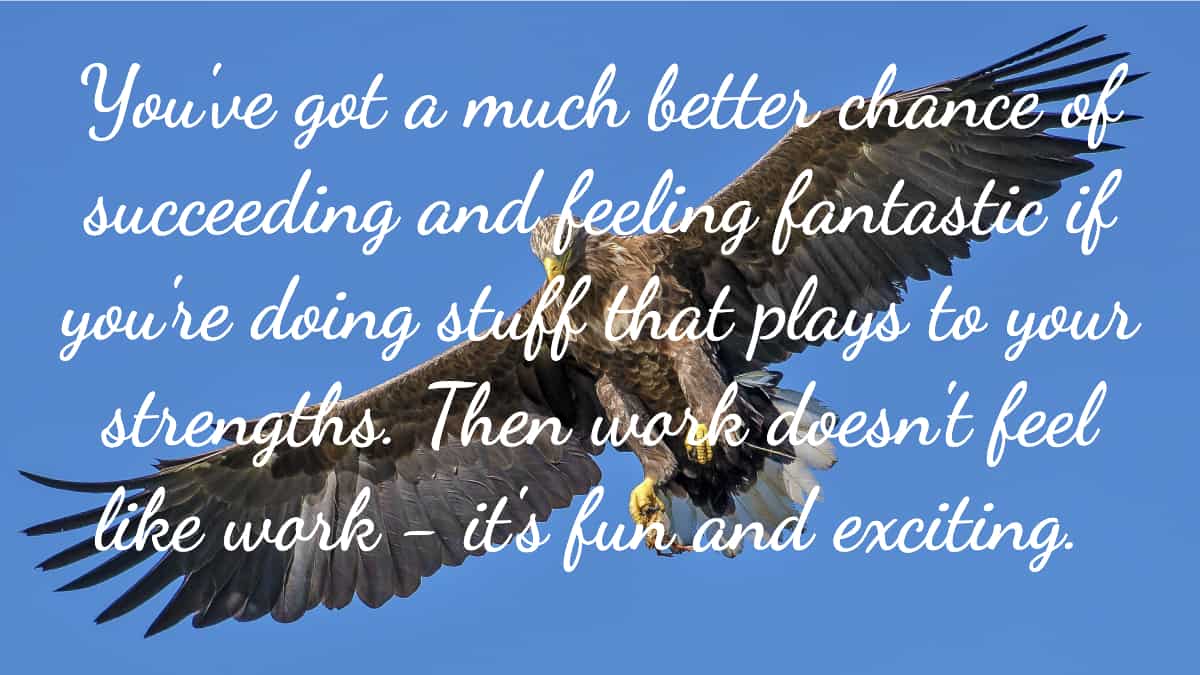